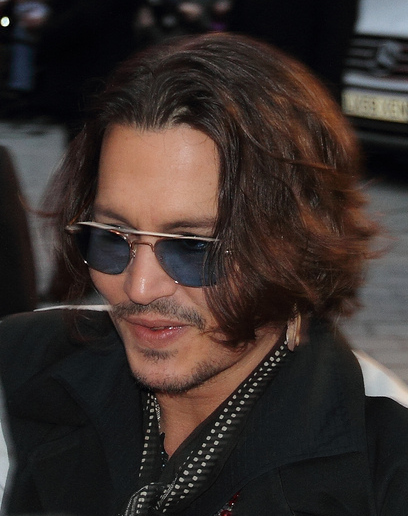 The three-time Oscar nominated actor, is most famous for portraying the loveable, drunk pirate Jack Sparrow and his collaborations with Tim Burton. Another famed role of his, was Grindlewald from the Harry Potter spinoff ‘Fantastic Beasts and Where to Find Them’.

Unfortunately, not all of Depp’s life has been glamorous. In fact, Warner Bros. has recently replaced the actor from playing Grindlewald. But why?

First of all, I’d like to mention that I am biased on the situation. I personally hold Depp in a very high regard as an actor, from Jack Sparrow, to Secret Window, even in smaller roles like in Murder on the Orient Express. He’s a good actor, alright.

Amber Heard on the other hand. I never considered her to be an exceptionally talented actress in any way. Sure, she was in Zombieland. And yeah, I watched ‘The Stepfather’, which was a meh movie imo, but not the point. In other words, I do have a certain amount of bias in wanting to protect Depp over Heard.

Also full disclosure, I’ve never gotten around to watching Fantatic Beasts, though I am a fan of the Harry Potter movies.

Even before Warner Bros. finished filming Fantatic Beasts 2, there were already talks of replacing the actor. Ultimately, this didn’t end up being the case, HOWEVER, it wasn’t without it’s backlash of controversy. Ultimately, for Fantastic Beasts 3, a recasting has occured. He’s also been fired from his role of Jack Sparrow in the Pirates of the Carribean franchise.

Who is this actor? None other than Danish actor Mads Mikkelson. I’ll admit, this is not an ideal choice. Though Mikkelson is a talented actor in his own right, they don’t look alike, sound alike, act alike, or do anything really alike. But at the end of the day, the controversy’s not about Mikkelson, it’s about replacing Johnny in the first place.

The good news for Depp? Firstly, he gets to stay the face of Sauvage. Secondly, he’s still getting paid an alleged 10+ million$ for Fantsstic Beasts 3 and doesn’t even have to do anything for it. This is more or less a standard Hollywood practise. A good example of this, would be Rodley Scott’s American Gangster. Denzel Washington took 20 million$ for the film, then it didn’t get made, due to contractual agreements he made, he got his money anyway. Then they actually made it, and he got another 20 million$. It’s safe to assume Depp had something simular in his own contract.

So, Depp may have banked off the role, but seemingly came with the death of his reputation. Or did it?

The Aquaman actress was married to Depp from 2015-2017. The two previously starred in a 2011 film together called ‘The Rum Diary’. Shortly after, the two started dating. By 2014, Heard was reported wearing an engagement ring. By 2016, Amber filed for divorce against Johnny, claiming he had psychically abused her. They officially divorced in 2017.

Long story short, she may be responsible for all the badness happening to Johnny. Let’s dive in.

To further bury his reputation to the ground, Depp also lost in a 50 million$ court battle against a news source I won’t mention over a libel case that called him a ‘Wife beater’. So, as far as many of there readers are probably concerned, he is one. Which doesn’t make him look all that good.

Like many people, when I first heard of Johnny Depp’s allegations, having never looked into it, I assumed they were true. Having now done my research, and drawn my own conclusions, my perception has changed. The evidence ( we’ll get to it ) really speaks for itself.

Looking at comment sections of YouTube videos can sometimes be a great way to figure out the public’s view on something. Reading across a few of these videos, I found at least a dozen comments calling Amber “Abusive” or by words with simular meanings. A few comments even went so far as to call Amber a “narcissist” who should be banned from Hollywood for life.

Johnny has admitted to having alcohol problems, and having done drug use. Why did he take them? According to him it was to escape emotional pain, family problems and total lack of anonymity, more commonly referred to as “Fame”. Luckily, according to another interview, it appears he’s become clean again.

Though it’s impossible to be certain. It’s my believe that IF the anti-Johnny allegations really are true, a large amount can be credited to the influences he was taking, rather than him as a person. I’m not defending it if that’s the case, just a personal speculation of mine.

The relationship between the two has seemingly having been rough from the start. During 2016, she even went as far as to get a te mporary restraining order against him. Billionaire and future ( now ex ) partner Elon Musk even offering to arrange 24/7 security for her, as a result of the allegations.

There’s one MASSIVE piece of evidence, a two minute piece of audio, which I believe proves Johnny’s innocence. Or should at least change the public’s perception of Johnny. There’s a YouTube video you can watch here, warning for strong language: https://www.youtube.com/watch?v=Lc4hf4w7QXA

Amber even admits that she didn’t punch him, she just “hit” him ( because that makes it ok ). She even admits to having started ” a psyhical fight”. Of course this only highlights a small portion of their relationship and the allegations, but at the very least, I believe it plays in Johnny’s favor and decreases the probability of the allegations against him being true.

In reference to his opinion on his former ex-wife, Amber, Johnny said she was “calculating, diagnosed borderline personality; she is sociopathic; she is a narcissist; and she is completely emotionally dishonest”. I’ll let you readers come to your own conclusions.

My Thoughts On Amber:

Because of all the points I’ve mentioned, I believe Johnny probably wasn’t pure-hearted, but absolutely deserves a revival in Hollywood, a chance to show off his talents again in a big-budget movie, portraying a well-written character that can highlight his acting chops.

Heard meanwhile, well there’s a petition going on trying to remove her from Aquaman 2. It’s already gotten over 1.5million signatures. A number I’m sure will go up with time.

In the end, it seems that the Depp/ Heard relationship may have lead to the downfall of both their Hollywood careers. Depp losing Fantastic Beasts, and Pirates of the Carribean, Heard likely losing Aquaman. Even if found innocent, both parties are now largely hated by the other’s fans. What exactly will happen to them? Well, that’s hard to say. I guess we’ll just have to wait it over.

All photos from Wikimedia Commons – https://creativecommons.org/licenses/by-sa/2.0/deed.en