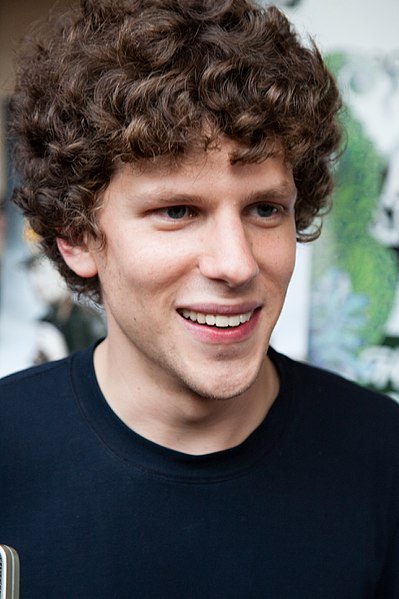 So it’s no secret that I’m a big fan of Jesse Eisenberg’s films. In fact, just the other day while scrolling through ImdB, I noticed that I’ve watched like half of his filmography since 2009.

So I decided to rank all of them. Rio will not be included due to it simply being a voice-over role. Plus I haven’t seen that movies in like five years? Maybe longer. The same goes for Justice League given how brief his role was. Plus it was a deleted scene.

Alright. Let’s start out with Eisenberg’s walk of shame movies. Luckily as far as I can tell, there aren’t that many. So let’s just get this over with.

Why Stop Now? sounds like a mediocre to ok film. A ranking it just narrowly, actually pretty horribly misses. So Jesse Eisenberg wants to study at a piano school and he has a love interest who btw barely even appears in the movie. Then his drug-addicted Mother who refuses to go to rehab gets him involved with a drug cartel. Decent sounding premise, awful execution. Just trust me on this. None of the jokes land, the dialogue is weak, reflectant of the story.

Well, if this isn’t one of the most dissapointing sequels I’ve ever had to sit through. Sure, at it’s core, it’s the exact same film as the 2009 original. Same directed ( Ruben Fleischer ), same cast, everything. Let me level with you. The only reason this movie isn’t at least number 7, is solely because of Zoey Deutch’s character. Not attacking the actress, but her character infuriated me throughout the entire film. The only genuinally enjoyable parts, were where she wasn’t there.

Had she only survived her mall introduction scene, I’d have zero problems with her inclusion. But no, even when we finally get the relief of thinking that Columbus shotgunned her. Nope! She comes back in an ice cream truck, having somehow refound the gang multiple states from where she died.

Seriously, everything else with this movie worker. Dialogue? Worked! The zombies? The zombies including the Homer’s and Hawking’s? Worked! Lack of twinkies? Ok, that at least deserved a reference.

In one of the most anticipated movies of the year, millions of DC fans from across the world rejoyced upon the announcement of two of the most iconic superheroes fighting each other in a mega-budget movie. Then millions of fans felt pain and agony when they find out that Mark Zuckerberg was going to play Lex Luthor.

Sure, Eisenberg can play beyond smart characters, he established that much in The Social Network, but by no means was he a good fit for Luthor. While some people, such as Screenrant claim Eisenberg may be the best Lex Luthor ever, I couldn’t agree less. Sure, The Snyder Cut might somehow resurrect my faith in that possibility, but until further notice, DC try and get Bryan Cranston on board. Remember the meme “Heisenberg, no Eisenberg”.

The rest of the film wasn’t exactly Oscar material either. “Martha! Martha!”

Oh the second weak sequel on this list. Sure, better than Double Tap. Not great, not amazing. It’s just an ok movie. The main highlight being the unique visuals the crew managed to create. Otherwise yeah, mostly same cast ( Lizzy Caplan replaced Isla Fisher, plus they added Harry Potter ). I’d have to say pacing was the killer blow that leveled this film from being better. Pacing or not enough originality. One or both of the two.

Officially leaving Eisenberg’s walk of fame, comes the first reunitment of Eisenberg and Ruben Fleischer. 30 Minutes or Less is the story of Pizzaboy Jesse Eisenberg. He gets kidnapped and is forced to rob a bank so that his kidnappers can afford a hitman ( Michael Pena ) to assasinate one of their rich Father’s and inherit his money.

The two main antagonists were fat, rude, annoying, but were still working jokes that I can’t slam on. Eisenberg as usual played his typical self and yeah, basically the average person’s idea of a mediocre Jesse Eisenberg movie. Plus a flamethrower. This film actually worked. Over the top, fine. But it worked.

In all honesty, I don’t even remember this one that well. I know it had Kristen Stewart in it, I think she had red hair or something. I remember Jesse’s a comic artist or something. And I remember liking it.

Also I remember something about the CIA trying to assasinate him. Yeah, pretty vague I know. This is basically just based off how I remember the film being at this point.

The Hummingbird Project is the story of Eisenberg and his cousin ( Alexander Skarsgard ) set to build a pipe between NYC and Kansas City to save 0.1 miliseconds on stock information. How long is that? A single flap of a hummingbird’s wings, hence the bizarre title.

The core of the film revolves around Jesse and everything going wrong around his life during the pipe’s construction. Not only things like having to deal with amish people not willing to give up their land. On top of that kinda’ stuff he’s also been diagnosed with cancer and his ex-boss ( Salma Hayek ) is probably considering putting a hit on him. Screwing people over? Disobeying the wishes of land owners? Putting his own life at risk? How far is Eisenberg willing to go to achieve his victory?

In my opinion, 2009 was Eisenberg’s breakout year. His big break. Having two big, well recieved films come out in the same year. Those being this one, and Zombieland. Adventureland is the story of James, a kid wanting to go to college. He needs some money so he goes to the local themepark to make some money, where he meets the emotionally disrupted Em ( Kristen Stewart ). Who quickly developes into his love interest. All the while Em is having a secret affair with Deadpool.

Admittadly, most of the film is quite literally theme park gossip. Although it’s cast still manages to find a nice blend between comedy drama, never really letting one side consume the other. Kinda like a cinematic Yin and Yang, plus Deadpool.

The story of four criminal magicians, Eisenberg, Woody Harrelson, Isla Fisher and Dave Franco. While being managed by Michael Caine, perform at three shows in a year ( despite it’s insane publicity they literally only do a whopping 3 ). Crimes being seemingly impossible like robbing a bank in Paris, while everybody else is located in Vegas.

Admittadly, it’s more or less a tie with Adventureland, but I guess maybe I enjoyed this one a little bit more. Tough call.

Never would’ve thought Jesse Eisenberg would work well in horror. Turns out, it does! Vivarium costars his on-screen wife, Imogen Poots. The married couple are looking for a house and end up in a neighborhood with identical houses. Also, it’s a trap and can’t be escaped. And, who or whatever’s in control of this place decides to give them a rapid-growing infant sent straight from hell.

While the film failed astronomically at the box office. Not even making half a million, this film has already recieved a cult following in the short time it’s existed. In my opinion, and I’m sure in many other’s, it’s by far his most underrated film. Having given off a great performance of a man losing his sanity in a Twilight Zone like world, where nothing makes sense anymore.

It’s the zombie apocalypse. Columbus is a survivor, quirky, insecure and somehow with the help of dumb luck has managed not to become a brain sandwich without the help of any peashooters. On the way he meets four survivors, three regular, and Bill Murray. As in actual Bill Murray.

Those three are; Wichita ( Emma Stone ), Tallahassee ( Woody Harrelson ) and Little Rock ( Abigail Breslin ). There’s a reason why this film is considered a cult classic. Besides it’s great cast, pacing and constant witty jokes and action scenes, the characters are semi-over the top, yet oddly still believable. Bill Murray’s inclusion acted as a cherry on top of everything else.

I’m sure many of you saw this coming. The film based off true events revolving around Mark Zuckerberg, and his creation of Facebook. David Fincher did a phenomenal job at making Zuckerberg from a relatable, introverted college student. To a backstabbing prick. Heavily supported by the fantastic performances by Eisenberg and Andrew Garfield.

This is also Eisenberg’s only Oscar nomination. At least so far. It’s always hard to predict the future over these kinds of things. Anyway, Mark’s character is so simular, yet somehow so unlike Jesse’s that it seperates this film on a completely different level.

Did you agree with my list? Any other Eisenberg films I absolutely need to see? If so, lemme’ know in the comments below.