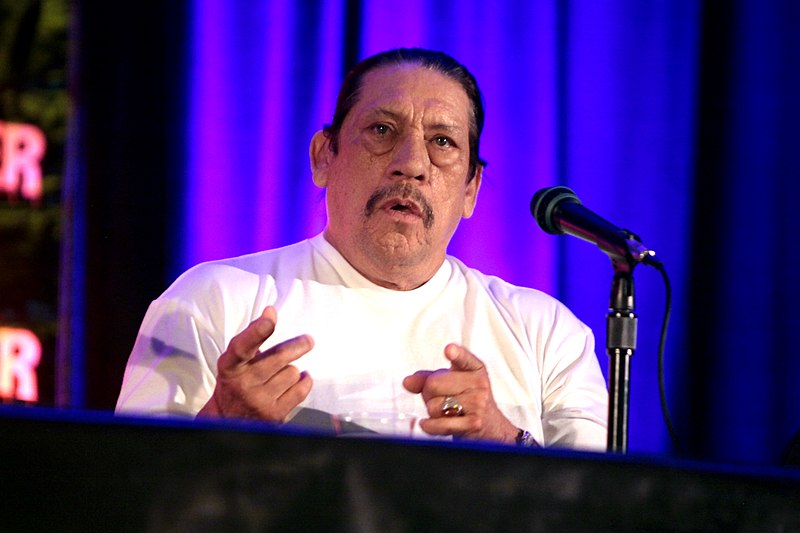 In the latest Robert Rodriguez directed episode of The Book of Boba Fett, Danny – yes Danny Trejo makes a cameo.

I could give a recap of the episode, but that’s not what this is about, it’s about Danny Trejo. BUT, to give a little context leading up to this point, some context: Boba Fett ( Temuera Morrison ) receives an assassination attempt from a Wookie warrior. After capturing the bounty hunter, Fett receives a visit from the rivaling hutts, who “apologize” for trying to kill him. “Mr. Fett, we didn’t want to kill you! Please let us live! By the way here’s a rancor!” Went kinda like that. And who’s the rancor keeper? You guessed it! Jack Nicholson! Just kidding ( as amazing as that would be ). No, it’s Danny ‘Machete’ Trejo,

To be honest, it’s not the most interesting character on it’s own. If it weren’t played by Trejo, I’d care about them no less than I care for those scallywag cyborg things Boba picked up from Mos Eisley. Regardless, it’s awesome to see Trejo in Star Wars. I have high hopes for his ( hopefully ) future appearences on the show.

By reading this article, you are part of the TSJ community, thank you!