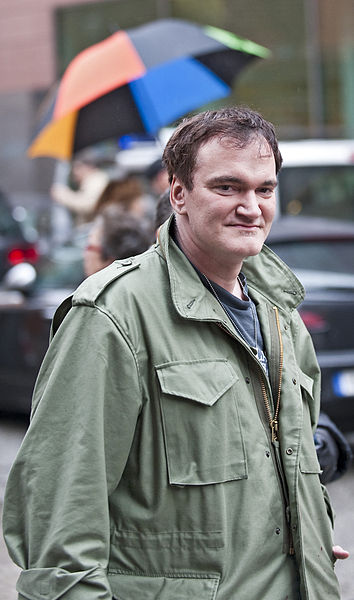 Quentin Tarantino, is widely considered to be one of the greatest and most unique filmmakers of all time. Known for his incredible dialogue, gorry violence, and getting some of the best actors possible in his films. So, who does Quentin Tarantino work with the most?
Includes: From Dusk Till Dawn and Four Rooms
°Kill Bill will be counted as one film

Samuel L. Jackson – 6 Films
Tied with Kiwi stuntwoman Zoe Bell for most filmography credits in Tarantino movies, is one of many legendary actors the Oscars refuse to ackknowledge. With the exception of being nominated for Best Actor in a Supporting Role, in his first Tarantino collaboration ‘Pulp Fiction’ where he played the changed criminal ‘Jules Winnfield”, who displays dominance by eating cheeseburgers. He’s since been a frequent collaborator of Tarantino. This Oscar issue is even though there are multiple Tarantino roles that should have at least given him a nomination.
Appeared in: Pulp Fiction, Jackie Brown, Kill Bill vol. 2, Inglourious Basterds, Django Unchained, The Hateful Eight

Zoe Bell – 6 Films
Speaking of Zoe Bell, as stated earlier, since Once Upon a Time in Hollywood, she’s been sharing the throne with Samuel L. Jackson ( not a bad person to share that title with btw). Having started as Uma Thurman’s stuntwoman in Kill Bill, she then had her “big break” playing herself in Tarantino’s half of Grindhouse ‘Death Proof’. Where she, Rosario Dawson and Mary Elizabeth Winstead fought against maniac Stuntman Mike ( Kurt Russell ) who kills unsuspecting girls by crashing them in his car, while he sits in the “Death Proof” seat. Since then her parts have been relatively small to borderline no lines.
Appeared in: Kill Bill, Death Proof, Inglourious Basterds, Django Unchained, The Hateful Eight, Once Upon a Time in Hollywood

Harvey Keitel – 4
As stated in my Wes Anderson post. ( Read here: https://www.thescreenwritersjournal.com/actors-that-love-working-with-wes-anderson/ ) Harvey Keitel has been associated with a number of directors over the years. If it weren’t for Keitel, Tarantino may have never risen to stardom. He starred and produced Reservoir Dogs, he also paid for the castings. In fact if it weren’t for Keitel, Michael Madsen most likely would never have signed on to play Mr. Blonde.
Appeared in: Reservoir Dogs, Pulp Fiction, From Dusk Till Dawn, Inglourious Basterds

Michael Madsen – 4 Films
Speaking of Michael Madsen, who originally auditoned for Mr. Pink, until Tarantino told him if he weren’t Mr. Blonde, he wouldn’t be in Reservoir Dogs. The film where he lowered the average amount of ears per police officer to slightly less then two. Since then, he’s been in good movies, bad movies, great movies, and terrible movies. Most of those great movies were Tarantino movies, with some exceptions.
Appeared in: Reservoir Dogs, Kill Bill, The Hateful Eight, Once Upon a Time in Hollywood

Tim Roth – 4 Movies
Having originally played Mr. Orange in Reservoir Dogs, Tim Roth has since risen to stardom as an incredibly talented actor. He played the undercover cop, lying in his own blood for the majority of the movie. Afterwards, it seemed the two would be frequent collaborators. After Four Rooms, he took a 20 year break from starring in any Tarantino movies. They reunited for 2015’s The Hateful Eight. He also has some deleted scenes in Once Upon a Time in Hollywood, where he played Jay Sebring’s ( Emile Hirsch ) British butler.
Appeared in: Reservoir Dogs, Pulp Fiction, Four Rooms, The Hateful Eight, Once Upon a Time in Hollywood ( deleted scenes )

Kurt Russell – 3 Movies
Having already been famous through a variety of films, 2007’s Death Proof, didn’t do so much for him. Though, yes he gave a solid performance, the film itself failed to be a commercial or critical hit. He redeemed himself however in The Hateful Eight, where he played John Ruth. An Oscar worthy performance if you ask me.
Appeared in: Death Proof, The Hateful Eight, Once Upon a Time in Hollywood

Michael Bowen – 3 Movies
I know most of you will have likely never even heard of Michael Bowen, but he has played a few small roles in Tarantino’s filmography. He started by playing Mark Dargus in Jackie Brown, the police partner of Michael Keaton’s character. Other than Tarantino, Bowen is likely most famous for his Breaking Bad role ‘Uncle Jack’.
Appeared in: Jackie Brown, Kill Bill, Django Unchained