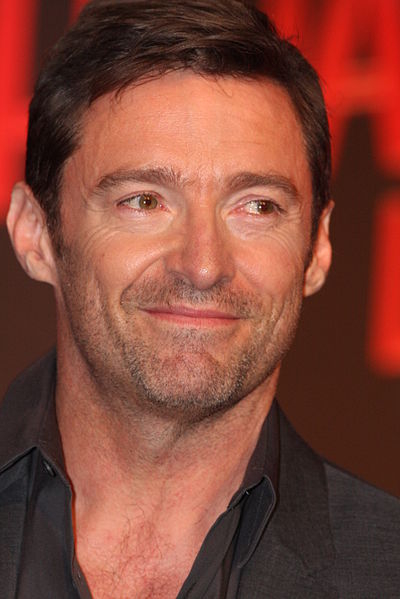 Given how James Mangold’s Logan ended, as well as previous statements from Wolverine actor, Hugh Jackman. It’s pretty safe to assume that we likely won’t see Hugh return to play the role of the borderline unkillable mutant with metal claws coming out of his hands. So Disney, if you’re reading this, please take the following actors into consideration before you make a decision. Also, a little credit for suggesting the actor wouldn’t hurt 😉

Plus, with Disney already rebooting just about everything they ever made that was sucessful, along with their newly aquirred rights to the X-Men franchise, I don’t think anyone would be very surprised if Disney decided to reboot the character. Even though if we’re all being honest, Hugh Jackman was born for that role, so they absolutely shouldn’t. That being said, here are a list of some actors that would be a good fit to play the iconic mutant.

First of all, what makes Wolverine, Wolverine? Appearence and personalitywise, powers are pretty much irrelevant in terms of casting. In the comics, he’s 5’3. Hugh Jackman on the other hand is 6’2. Nearly an entire foot longer. In order to appear more accurate to the comics, the camermen tended to shoot bizarre angles, making him appear shorter then he actually was. Now that he have the height down, Wolverine is a fairly muscular man, he usually has a large, thick beard and should ideally have a deep, intimidating accent.

Some of these we all know have about the same chance of happening as Seth Rogen playing Rihanna in an autobiography or vice-versa ( ok maybe not that unlikely ). So listed alphabetically, these are:

Andrew Lincoln
He may not always have the look, but as Twd’s Deanne said, he can grow “One hell of a beard”. The Walking Dead actor has more then displayed his talents at playing an emotionally complex character. TWD’s Rick being the best example, constantly having to constantly make difficult choices, often getting innocent people killed. Besides, the rage outbursts he’s had in Twd are equivelant, if not more extreeme than the ones Jackman has had. Prison cell block scene anyone? Ultimately though, I don’t see Lincoln being the kind of guy to go for a comic book role.
Chances of becoming Wolverine: Unlikely

Casey Affleck
This one may seem a bit random, but first of all the appearence, he has the looks to play Wolverine. He’s also given off great performances in movies like 2013’s Out of the Furnace, where he played an economically and emotionally struggling Iraq War veteran who gets tied up in a modern day fight club. He also won an Oscar for Manchester By the Sea. Sure, he hasn’t done anything quite as gritty as Wolverine ( at least to my knowledge ), but what he has shown almost implies that there’s more to him then he could offer.
Chances of becoming Wolverine: Medium

Dafne Keen
This would only really make sense if Disney decided to continue the X-Men franchise started by Fox. They could just throw her into the MCU, but it wouldn’t make that much sense. They’d probably have to wait somewhere between 5-10 years, given that the Spanish actress is currently only 15 years old, but her rogue character could be a worthy torch pass when that does happen. Following her Father clone’s footsteps, maybe even leading that group of child mutants at the end of the film, even starting a new sort of X-Men with original characters. Maybe they’ll even give us two seperate Wolverine franchises, one in the MCU, one for Dafne Keen. Maybe just a standalone film for Keen. Either way, given how good she was as X-23, she’s definately a more than solid choice.
Chances of becoming Wolverine: High

Daniel Radcliffe
This is one of those casting choices I get, but I’m not 100% behind. I’ve seen a number of Radcliffe movies over the years, admittadly most of which were Harry Potter. Based on Jungle, yes he would have the look, and yes he can do a believable American accent. He’s a very talented young actor and could play a younger Wolverine with a unique twist to the character, but ultimately I don’t think he would be a the ‘right choice’. Not the worst option, but by no means the best either. Though when rumors began circulating that he WOULD play him, as if he were cast to play him, he said the rumors were false. So chances are Radcliffe playing Wolverine are*
Chances of becoming Wolverine: *Very Low

Jake Gyllenhaal
Yes, I realize Gyllenhaal has been considered for just about every single make superhero character in the last ten years, but in all honesty, Jake is one of the best actors working today, he has a great range and isn’t afraid to go dark either as proven in Nightcrawler. He’s also shown that he can get buff for a role, like in 2015’s Southpaw where he played a professional boxer. The voice being the only real issue here, since I personally believe his voice isn’t quite deep enough, but I’m sure that can be dealt with. The only thing holding him back? Spider-Man. He’s already played Mysterio in Spider-Man: Far From Home. So it wouldn’t make sense for him to go on playing Wolverine, assuming it were for the MCU.
Chances of becoming Wolverine: Very Low ( only because of Mysterio )

Jason Momoa
Another popular fan choice for the grizzly Logan, is Aquaman actor Jason Momoa, and that’s already the big reason he probably won’t play him. He’s tied to DC, most fans only know him as Aquaman. A talented actor outside of DC, yes, the Netflix movie ‘The Bad Batch’ bring a prime example, but none the less, it’s unknown if DC would allow him to play Wolverine in the first place. Actors are generally discouraged from being in both Marvel and DC at the same time. Both by a large portion of fans, and studios.
Chances of becoming Wolverine: Very Low

Keanu Reeves
Though he was met with not so great reviews for 2005’s Constantine, Marvel may be willing to turn the other cheek on it. Reeves has a massive following, primarily due to two famous movie trilogies. John Wick and the Matrix, both of which being major blockbuster action films. In fact, Reeves recently even admitted he would have loved to play Wolverine. My only major concern about Reeves is that as of writing, he’s already 55, that’s four years older than Hugh Jackman is. Meaning that, although he is doing well for his age, he may not be able to play the character long term anymore.
Chances of becoming Wolverine: Low

Norman Reedus
Mostly known for his role on The Walking Dead and being a Boondock Saint. Reedus definately looks the part. I honestly can’t think of a reason to not let him play Wolverine, other then perhaps just how iconic his role as Daryl from the Walking Dead is. Just replace Daryl’s crossbow with a pair of vibranium claws, replace the zombies-I mean Walkers with Somalian pirates, Afghan terrorists, mutant killing robots, or whatever storyline you’re going for. Daryl is an already very agressive character who can display a complex set of emotions when the story needs him to. Reedus’ Wolverine should by no means be a copy of Daryl, but the role definately shows the acting prowess needed for it. Besides, like Reeves he absolutely look the part.
Chances of becoming Wolverine: Low

Tom Hardy
Hardy is usually at the top, or very near to the top of most fan lists. Hardy has already played two iconic comic book characters. First Bane in 2012’s The Dark Knight, then Venom in 2018’s Venom, which is also getting a sequel. Given how he’s already played two dark comic book characters, it’s unlikely he would be up for the role. Which is honestly kind of a shame, given how talented of an actor Hardy is and the potential he could have as the character.
Chances of becoming Wolverine: Low

Hugh Jackman?
I know what you’re thinking. “But you literally just wrote that he won’t return” Yes, yes I did, but look at it this way. Wolverine is the role that made him famous, he owes his film career to Wolverine. Plus, here’s a bonus fact. He said if he were able to be in a movie with the Avengers, he would consider coming back. So, what about a Wolverine, who maybe got Thanos snapped ( even though I honestly wouldn’t be that surprised if he could survive that ) was hiding deep in the woods, living a low-profile life that never caught the attention of SHIELD, Tony Stark or otherwise, then suddenly, happens to get captured by say HYDRA. Okay, it’s unlikey, but maybe at least a cameo somewhere down the line? Either way, he played the character for nearly 20 years, if he doesn’t come back, then he more then has the right to retire after all this time.